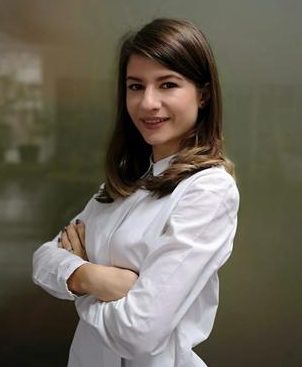 April 2, 2020
Covid-19 Resources, News, ResourcesComments Off on Q&A Temporary suspension of employment as a result of economic difficulties

Considering that more and more businesses are facing difficulties due to the pandemic caused by the spread of coronavirus SARS-CoV-2 in more than 150 countries, both employers and employees are looking for answers regarding their employment status.

Please find bellow top 10 questions our employment team was most asked about and our considerations in these matters.

Considering that such an action could be taken by companies that face different types of difficulties, among which economic downturn, all categories of individual employment agreements may be subject to such measure, regardless of their particularities (full time, part-time, work from home, telework, etc.).

Pursuit to the provisions of art. 45 of the Labour Code, the employer can temporarily assign an employee to work for the benefit of another employer, either for one of the group companies or a third party. Taking into consideration the scope of the secondment agreement, in case of economic difficulties it is hard to believe that the company to which the employee was seconded would still need his services in these circumstances.

Thus, upon the termination of the secondment, the suspension of the employee’s individual employment agreement will cease and he will return to his employer.

Given that the law does not regulate any procedural aspects regarding this situation, the executive board of the company has the possibility to asses and decide upon the best solution in what regards communicating this measure.

Taking into consideration the company’s culture, the most common methods are through written notifications signed by the recipient, individual e-mails or through the company’s internal platform.

However, if a company considers that the best way to address this situation is in small groups, during team meetings (online, in view of the current situation), this will have to be followed by the communication of a written decision/notice by means of which the employee is officially informed of the suspension of his individual employment agreement.

In practice, there are situations when the employees refuse to receive such notifications, or they inform the employer that they do not agree with the measure to be taken. According to the applicable law provisions, the decision to suspend belongs to the employer. Thus, any refusal by the employee to receive/ accept the suspension of the individual employment agreement does not produce any legal consequences.

However, the employee could challenge such decision in court, arguing that it was taken without observing the conditions imposed by the Labour Code.

From how art. XI of GEO no. 30/2020 was initially drafted, it was understood that the state would bear, from the unemployment insurance budget, a compensation of 75% of the basic salary corresponding to the position held by the employee (but not more than 4,071.75 LEI), and, if applicable, the employer had the obligation to support the difference.

However, pursuit to the provisions of GEO no. 32/2020, the employer no longer has the obligation to pay the difference between the amount representing 75% of the basic salary and the maximum amount of the compensation supported by the state.

Therefore, the legal provisions in force confer the employer the right to support the difference only if the budget for personnel expenses allows it.

Pursuit to art.  53 para. (1) of the Labour Code, the compensations offered to the employees during the period in which the company’s activity is temporarily interrupted and their contracts are suspended, are set at minimum 75% of the basic wage corresponding to the position occupied within the company.

Given the fact that the law does not indicate any other restrictions in establishing the compensation in case of technical redundancy, if the employees’ salary is equivalent or close to the gross minimum wage and the compensation is set at 75%, there is a high possibility for them to receive a compensation below the level set for the national minimum gross wage.

In view of the above, insofar as the public authorities will not expressly regulate a minimum threshold of the compensation for technical redundancy, then its amount, in some cases, may be lower than the national gross minimum wage.

In order to obtain the amounts necessary for the payment of the compensations, the employers will submit, by e-mail, to the competent employment agencies, the following:

In this regard, the company will use the drafts provided by the Order of the Minister of Labour no. 741/2020, which was published yesterday.

According to the law – respectively art. XIII para. (2) of GEO 30/2020 – payment from the unemployment insurance budget of the compensation is made within 15 days from the submission of the documents.

In turn, the employer must pay the employees compensation within no more than 3 days from the date he receives the required amounts.

Considering that a medical certificate ascertains a state of temporary incapacity for work, its effect being the suspension of the individual employment agreement during that period, we do not find its applicability in this case, given that due to the employers’ economic difficulties, the employment agreement is already suspended. Otherwise, the employer would have to terminate the suspension just to suspend it again on another legal basis.

The individual employment agreement may be terminated pursuit to the employee’s resignation, if the employer ceases the suspension and registers the resignation.

Although the labour provisions stipulate that in case of resignation a notice period must be observed, we consider that in this kind of situations the employer has to give up the benefit of this notice period, considering that its activity is interrupted.